Ticket to ride is one of the most famous games ever made and has won awards all over the world. It is simple but not simplistic. The rules are easy to comprehend but the game is never boring. By collecting train cars and opening profitable train routes any one can win this game. Now since Ticket to Ride is such a massive success there are dozens of expansions and additions. While we keep some of them in stock at J and d Hobbies there are so many that we felt it was necessary to let you see all of the ones available. 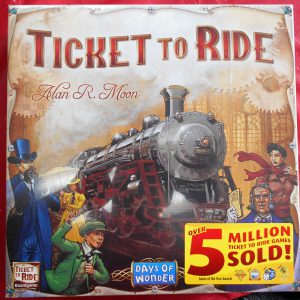 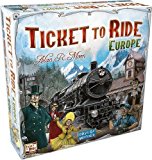 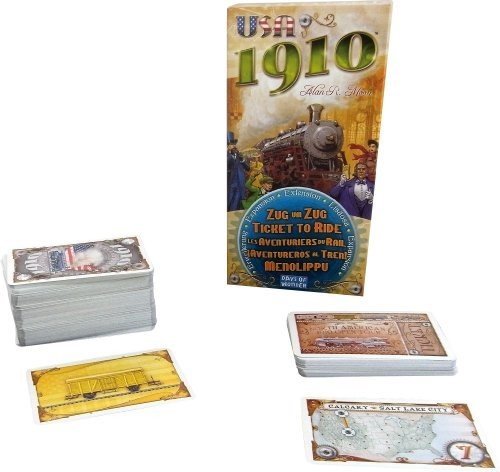 This expansion is not a stand alone game but is an addition to the original Ticket to ride. You actually get a lot more than that though. You get large print versions of all the cards used in the original game. They are regular playing card sized cards not the mini ones. You also get three variations of the original game like globe trotter ticket. This expansion brings Ticket too Ride to a whole new level. 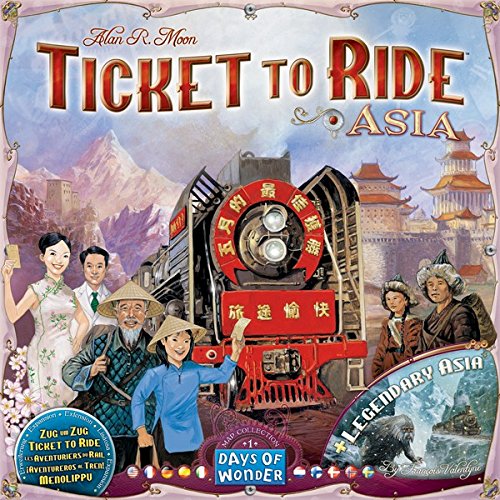 Ticket to Ride Asia is an add on for ticket to ride not a stand alone game. That being said this is probably one of the most important additions to Ticket to Ride. Besides introducing Asia to the game system it introduces team play which is a must have if you are a fan of Ticket to Ride. Having to work together to build a railroad to Singapore from Hanoi adds a lot of pressure and makes the game much more fun. The map itself is double sided one side which is for single player and the other side is team play. 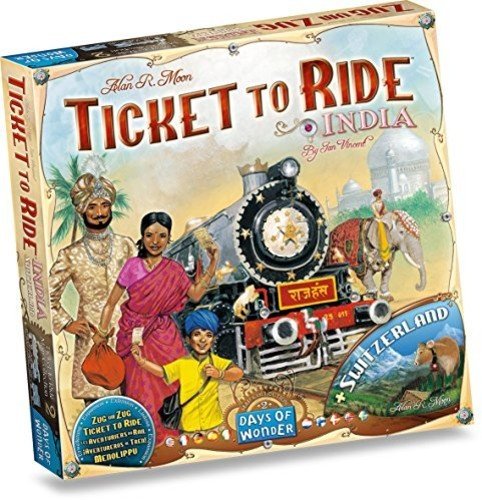 The second map expansion to Ticket to Ride is the India Expansion with Switzerland on the reverse side. This is not a stand alone product and needs either a copy of ticket to ride or ticket to ride Europe to play. That being said it is definitely a great addition to the series and will add hundreds of hours of fun game play to your ticket to ride experience. In India the players are competing to finish the grand tour line of the subcontinent along with other lines. The Switzerland map is designed for 2-3 players. Discover the high mountain passes and grand geography  of this European Country. 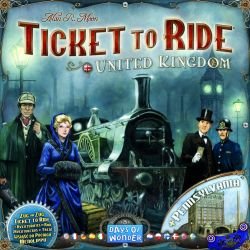 This is the fifth Map Pack that has been produced for Ticket to Ride. Its not a stand alone game and you need either Ticket to Ride or Ticket to Ride Europe to play this game. That being said this is probably the greatest addition to the Ticket to Ride Family of Games. The Pennsylvania map adds stocks to the game. By creating certain routs you can claim stocks of railroad companies. This adds a whole new dynamic to the game which even the new players can grasp easily. It really does not slow down game play and it adds a lot of fun and variation to the game and the scoring. The united Kingdom map adds technologies to the game. This is a good and long awaited concept and it really changes the game. It makes players invest in technology to make longer routes before their opponents. You might have the trains to get to Wales but without the right technology your opponent can get their first. This double sided map pack brings Ticket to Ride to a whole new level both for the beginner and the veteran.

The ticket to ride series of games are a great avenue for people to enter the gaming world. Great looking components, easy rules and exciting game play will drag even the most ardent video gamer to the gaming table. Start with the Basic game of Ticket to Ride or Ticket to Ride Europe and take the tracks to family game nights and neighborhood game nights. I cannot recommend these games highly enough.!!

Finally no matter which edition of ticket to ride you order you are going to have lots of cars to keep track of. For that you can use some of these specially made card holders.

Drop a note and let me know what you think of these games, my articles or anything else at bob@janddhobbies.com